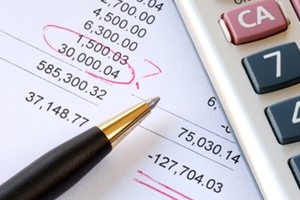 Between ICD-10 and Meaningful Use Stage 2, chiropractic practices across the country are increasingly ramping up efforts to incorporate chiropractic EHR packages into their administrative duties. Relying on more digital recordkeeping boasts a number of benefits for clinics and physicians, from facilitating more accurate diagnoses to more effectively tracking and sharing patient data and even reducing patient care costs. But could adopting chiropractic EHR software help protect your office from an audit too?

"Increasingly, the Office of the Inspector General (OIG) is conducting audits of practices who have attested to meaningful use of an EHR system and received incentive payments from the federal government," writes Dava Stewart of Chiropractic Economics. "Generally, such an audit will begin with a letter from the OIG requesting meaningful use documentation."

According to Stewart, this documentation includes:

In the event of an audit, all of these are documents are easier to recall if they're stored on a digital EHR system rather than strewn about in folders and filing cabinets across the office! As Stewart notes, the best way to prepare for an audit is to expect one is coming no matter what — that way, in the event that it does occur, your practice is more than ready to accommodate documentation requests.

With the best chiropractic EHR software on hand, physicians' offices can streamline their recordkeeping responsibilities, ensuring both improved care for patients and easier maneuvering around audits.