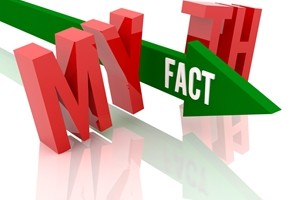 CMS published a fact sheet this month to debunk many of the myths about ICD-10.

The road to ICD-10 is starting to pick up serious momentum again. When the Centers for Medicare & Medicaid Services (CMS) announced earlier this year that the long-delayed coding upgrade was being pushed back yet again, this time to October 1, 2015, many in the healthcare industry became subsequently worried that all of the time and money they had invested into the initiative — anticipating a 2014 implementation deadline — would be for nothing. But over the summer, ICD-10 preparations have been beginning to pick up speed again, with CMS making new tools available to providers and payers to help both understand the new coding system and learn best practices for adopting it into a practice's workflow.

To that end, CMS released a fact sheet earlier this month, outlining and debunking many of the myths and misconceptions surrounding ICD-10. Here are four of them, courtesy of industry news source FierceHealthIT:

Being able to best take advantage of ICD-10's new features — and prevent it from becoming a drag on your clinic's productivity — means needing up-to-date chiropractic documentation software. By upgrading your chiropractic EHR today, practices can save themselves plenty of logistical and billing headaches down the road.