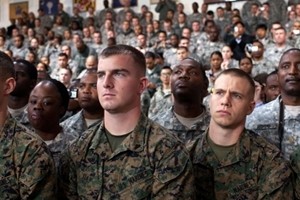 While the healthcare treatment of veterans has been dominating the news in recent weeks, the Department of Defense (DoD) announced it would be making major changes to its health record systems for current and future employees. On Thursday, June 19 spokespeople for the DoD talked about how the new system would be built and operated.

This is the third time over the past year that the DoD has attempted to create a new streamlined system for all healthcare records of employees, including the tens of thousands who are employed in the Pentagon. After trying to work with the Department of Veterans Affairs to create a joint system at the end of last year, the DoD then decided to go out on its own after those efforts fell apart.

The new electronic health records will be able to digitally track the medical and dental care of active military personnel as well as those who depend on them. By their own estimates, this new electronic system will cover nearly 10 million people across the globe. The new system is designed to be operable on government systems, as well as compatible with private-sector systems.

The total price tag for this project is set at around $11 billion, according to the DoD. The first draft of this project was released in early January, the second in late March and the third one yesterday afternoon. One of the notable changes between the second draft and this current version of the electronic system is that the healthcare of working military animals is no longer covered.

Investing in the best chiropractic EHR software can help your practice transition into the 21st century of medical care, without negatively affecting your typical workflow in the process.