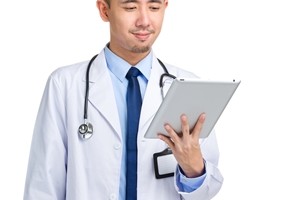 In spite of a purportedly final ICD-10 deadline, many physicians are skeptical.

Back in April, when Congress delayed the start of ICD-10 by at least another year, the Centers for Medicare & Medicaid Services (CMS) wavered for weeks before making any official announcement of their own. Even then, it wasn't until July 31 — four months later — that the federal agency firmly set October 1, 2015, as the new deadline for implementation. Many healthcare providers had felt anxious and frustrated about being left waiting for so long without knowing what concrete date to work toward. But now that a specific deadline has been given, a number of these same practices still aren't feeling the urgency of ramping up their ICD-10 preparations.

According to Robert Tennant, senior policy advisor of the Medical Group Management Association (MGMA), the reason many of these practices are dragging their feet isn't out of laziness, but rather weariness over being burned by so many previous deadlines before.

"It's becoming increasingly difficult for practices to make the move," Tennant tells industry news source MedPage Today. "[Physicians have been pushing back] saying, 'Why should I invest because they're the moving the date every year?' And then there is the problem of vendors not being ready — the vendors don't want to invest much either, thinking the date may never stick. It's a terrible situation."

Pamela Jodock, senior director for Health Business Solutions of the Healthcare Information and Management Systems Society (HIMSS), adds that some vendors slowed down their ICD-10 implementation efforts after hearing the delay and have either "severely decreased or completely stopped their communication with providers" altogether, fearing yet another delay. However, CMS stands by October 1, 2015, as the final deadline for ICD-10.

It's critical that clinics and practices invest in new chiropractic EHR software now to avoid logistical and productivity issues when the time comes next year to fully and finally adopt ICD-10.