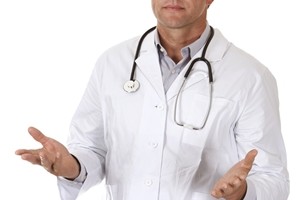 The healthcare industry has become increasingly skeptical that ICD-10 will ever happen at all.

The healthcare industry breathed a collective sigh of relief last week when, after a month of silence, the Centers for Medicare & Medicaid Services (CMS) finally announced a new implementation deadline for ICD-10: October 1, 2015, exactly one year after the originally intended start date. While the choice of dates came as expected to most providers, the establishment of a firm timetable for the next year-and-a-half should help stabilize ICD-10 preparation schedules going forward.

But while the announcement cleared up weeks of confusion, it has done little to reassure either providers and payers. In fact, the industry is more skeptical of ICD-10 implementation than ever before, a sobering realization that came to light at last Wednesday's emergency summit meeting held by the Workgroup for Data Interchange's (WEDI) ICD-10 stakeholders. According to Government Health IT, the room — which numbered approximately 100 stakeholders — held an impromptu vote on the following question:

"Does anyone believe ICD-10 is ever really going to become part of the American healthcare system?"

The answer was a resounding silence. While that response is far from being an official, representative vote — nor did it take into account that CMS announced the new deadline the very next day — it does speak volumes as to how the constant delays in getting to implement ICD-10 have been progressively eroding confidence within the industry that it will ever get done at all.

Whether that's true or not, though, remains to be seen. We can't know the future, but we can prepare for it as best we can, and for now that means adopting chiropractic EHR software that accommodates the tens of thousands of new codes that ICD-10 will provide. Invest into new chiropractic documentation software to best ensure that your practice will be ready for this deadline, and all without causing any additional interruptions to your regular workflow.