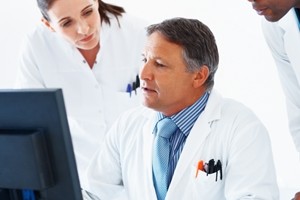 Just 10 percent of healthcare providers are ready for ICD-10, according to a new survey.

While this year's ICD-10 delay — which pushed the implementation deadline by 12 months, to October 1, 2015 — was enacted for the expressed purpose of giving healthcare providers and vendors more time to to prepare themselves for the coding upgrade, a new poll finds rates of readiness at surprisingly and even disconcertingly low levels.

According to a recent study conducted this summer by SearchHealthIT and the College of Healthcare Management Executives (CHIME), only 10.7 percent of the over 300 healthcare groups polled said they were completely ready to implement ICD-10 into their practices. Not only is this figure somewhat worrisome, given that we're just over a year away from the new deadline, but it's one that has drawn ire from others within the industry.

"Ten percent? Give me a break," Dan Martich, chief medical information office for the University of Pittsburgh Medical Center (UPMC), tells SearchHealthIT. "We're ready. We were ready a couple of months ago. Frankly, I'd be embarrassed if I were one of these other organizations."

Luckily, the poll results don't necessarily indicate that roughly 90 percent of clinics and other providers are completely ill-prepared for ICD-10. According to the results, 71.8 percent of those surveyed claimed "they were in various states of ICD-10 readiness," according to the source, showing that the vast majority of physicians, practices and hospitals aren't necessarily starting from scratch and may be well on track for next year's deadline, even if they aren't ready for it right now.

While there is still a year to go until the 2015 cut-off point, investing in new, ICD-10 compliant chiropractic EHR software now can help ensure your clinic is ahead of the game come next October.