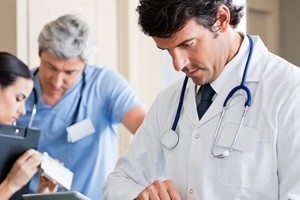 Here are a few areas that providers should keep an eye on while preparing for ICD-10.

Had everything gone to plan, the U.S. healthcare industry would be entering its first full week of ICD-10 use starting today. Instead, we're still one year out from implementing the new coding system. The 12-month delay announced by Congress and the Centers for Medicaid & Medicare Services (CMS) earlier this year was and remains a controversial topic among providers, vendors, clinics and hospitals.

On one hand, many of these practices said they simply wouldn't be ready to accommodate ICD-10 and its tens of thousands of new diagnostic codes by October 1 of this year, and praised the year-long extension as a much needed reprieve. On the other, many complained that the industry was moving on track enough as is, and that by delaying the upgrade, CMS stalled momentum for ICD-10 adoption for everyone.

No matter which side of this debate your practice may fall on, it's imperative to take advantage of the next 12 months as best as possible, to ensure that your chiropractic EHR coding needs will be fully up-to-date by this time next year. To that end, EHR Intelligence has compiled just a few of the topics that providers and payers should focus their attention on over the coming months:

Implementing the best chiropractic EHR software into a practice's workflow can help guarantee ICD-10 compliance by next October.