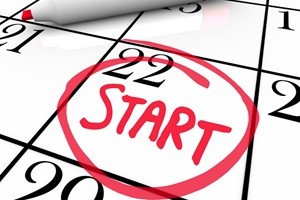 ICD-10 implementation must start next year or it could seriously impact the healthcare industry in costs and scheduling.

Like it or not, the healthcare industry is moving full speed ahead on a October 1, 2015, deadline for ICD-10 implementation. The year-long extension from the original goal of October 1 of this year came as a relief to many providers and payers, who were anxious as to whether they would be fully prepared in time for a start date that was just months away. Others, however, were more frustrated with the delay, arguing that pushing the deadline back by so long threatens to undermine all of the financial and administrative momentum that had been building toward the expectation of a 2014 implementation.

The Centers for Medicare & Medicaid Services have firmly set next October as the due date — and any further deviation from that could have serious consequences for the industry at large, according to a new report.

Citing data from the American Health Information Management Association in Washington, D.C., Behavioral Healthcare writes that if ICD-10 were to be delayed by another year, it would end up costing the industry anywhere from $1 billion to $6.6 billion — in addition to the expenses already taken by this year's extension. More than that, with a start date of 2015, ICD-10 implementation is now set just two short years before ICD-11 is due. If ICD-10 were to be delayed any further, it could drastically impact how and when the industry will be able to receive the ICD-11 update too.

This is just one of the many reasons why it's imperative for clinics to begin adopting new chiropractic EHR software as soon as possible, ensuring that their practice will be ready to accommodate ICD-10 come next October. In order to ensure as smooth a transition as possible, with no impediment to regular workflow, clinic administrators are strongly encouraged to invest into the best chiropractic EHR software.