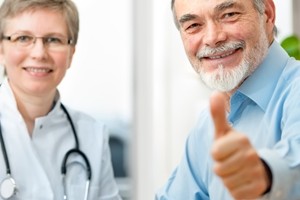 The healthcare industry may be further along in its preparation for ICD-10 than previously believed.

There has been no shortage of anxiety and stress in the healthcare industry over ICD-10, first for its implementation and now for its delay to October 2015. Many providers have criticized the move, citing the extra 12 months as something that will undercut the resources already invested into ICD-10 training and adoption. But despite all the handwringing and nervousness, the industry may actually be further along in its ICD-10 prep than anyone expected.

At least, that was the conclusion of Rhonda Buckholtz, the vice president of ICD-10 education and training for the American Academy of Professional Coders (AAPC). Writing for the news source ICD10monitor, Buckholtz claims that the, "coding industry is much more ready for ICD-10 than previously believed, and the cost to prepare is proving less expensive than was claimed by other sources."

Buckholtz surveyed 5,000 members of the AAPC and other groups within the healthcare industry, three-quarters of whom claimed they "were well on their way" to ICD-10 implementation. More specifically:

Just under one-third of the respondents in Buckholtz's survey reported still being in the beginning portions of ICD-10 preparation. Even more optimistically, 70 percent of groups polled claimed that they were ready to begin ICD-10 testing.

All of this paints a far rosier picture of the industry's march toward ICD-10 than the last few months' anxieties would have you otherwise believe. Investing into the best chiropractic EHR software available can help put your practice at ease for the incoming implementation deadline, ensuring proper ICD-10 accommodating without negatively impacting workflow in the process.