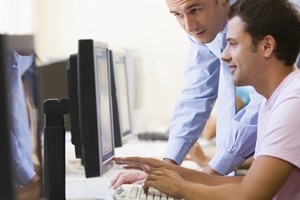 Clinics can take advantage of the ICD-10 delay by using the extra year to learn more about the codes.

Up until recently, the deadline for clinics and medical practices to make the switch to ICD-10 was set for October 1, 2014. Just six months away, that deadline has now been extended by an additional year. Depending on your perspective, this 12-month delay is either a welcome relief or a year-long headache. Many providers were ramping up implementation in anticipation of meeting a deadline this October, and pushing that date back another year effectively undermines the momentum of all the money and effort invested so far. On the flip side, a majority of providers and clinics claimed to be unprepared for an October 1 transition, making the extension a necessity to better prepare for the coding language upgrade.

Whichever side of the argument your practice may fall on, one question remains on the minds of providers and clinicians across the country: Now what? Whether you were readying your systems for ICD-10 this year or were woefully behind schedule, the fact is you now have a year-and-a-half to get ready. One suggested way to fill this time, according to Ron Rosenberg, President of the Practice Management Resource Group, is to learn more about ICD-10 codes – a feat that may not be too difficult, given some of its similarities to ICD-9.

"What I found is once a clinician gets their hands around the structure and the taxonomy of the coding system, they say, you know, it's not really that different than ICD-10," Rosenberg told EHR Intelligence. "Yeah, there is more specificity [...] But finding the right first four digits is really not much different."

With many practitioners seemingly concerned about the difficulty in grasping, let alone implementing, ICD-10 as part of their regular workflow, the extra time now afforded to chiropractic documentation software upgrades can give many a chance to learn more about these codes and better prepare themselves once the October 1, 2015, deadline rolls around.