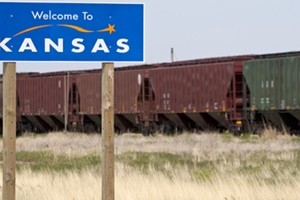 Introducing chiropractic EHR software to your practice is a great way to improve day-to-day operations and free up more time to devote to your patients. In addition, we've documented the benefits of chiropractic EHR adoption on a national scale as well. The more practitioners who tap into this incredible network of digitized documents, the better equipped we as a nation will be to identify overarching health trends and establish correlations in the symptoms and treatments of chronic ailments.

The benefits of this adoption far outweigh any initial hiccups, especially if you choose the best chiropractic EHR for your practice, but new data from the CDC indicates that the strength of this conviction varies from one state to the next. According to the survey, North Dakota, Minnesota and Massachusetts rank highest for EHR adoption with rates of 83 percent, 76 percent and 70 percent, respectively. On the other end of the spectrum, Connecticut, Nevada, Oklahoma rank among states with adoption rates in the 30s or below.

The exact reason for these shortfalls is unclear, especially since they exist in widely different geographic regions. It's likely, though, that financial considerations and sheer wariness of EHR software comes into play.

Citing a 2013 report from the Government Accountability Office (GAO), the Philly Times, a regional news outlet, noted a few commonalities among physicians who do and do not adopt chiropractic EHR.  "Physicians who work alone are less likely to adopt electronic records than those in group practices, and younger doctors are more likely to embrace the change than older ones," the source states, noting that urban and rural physicians appeared just as open to digitized documents.

With so much naysaying around this technology, it's easy to see why some practitioners are reluctant to make the switch. EHR adoption can be a costly experience, and if the implementation process is flawed, a lot of time and money can be lost. That's why it's so important to seek out an EHR provider with a proven track record for quality and commitment.