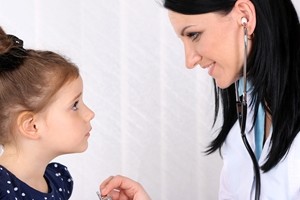 Now that officials from the Centers for Medicare & Medicaid Services have officially confirmed that the ICD-10 deadline will not be delayed any further, health care providers are starting to panic about their preparedness. The new coding system — which represents the first change in more than 30 years — is poised to take effect on October 1, 2014,  giving chiropractors just over six months to make sure their chiropractic management systems are up to snuff.

ICD-10 was a hot topic at the HIMSS14 conference last month, but despite efforts to educate health care providers and equip them with the tools they'll need to weather the coming storm, it seems that many practitioners are still woefully unprepared for what's to come.

"I attended a presentation when they did a physician's survey, and one physicians said, 'ICD-10? What's that?' The other quote that stood out at me was, 'Just send me a list — make sure that you send me a list of the codes.' Okay. We'll send you a list of the 170,000 ICD-10 codes, and then you'll be ready, right?" remarked Nuance Health Chief Medical Information Officer Dr. Nick van Terheyden in an interview with EHR Intelligence.

The transition to ICD-10 is undoubtedly daunting, but remember that this change, much like the shift to chiropractic EHR, has been developed to ultimately improve patient care across the board. ICD-10 will introduce more codes for physicians to contend with, but this increase actually reflects a greater degree of specificity that will ultimately enhance your record-keeping abilities. Growing pains are inevitable, of course, but the best way to ensure minimal disruption to your practice is to invest in chiropractic documentation software that is fully equipped for ICD-10 and any other changes on the horizon.