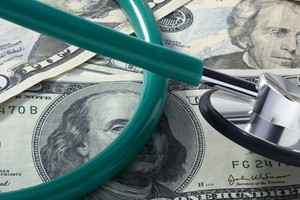 Cash-based practices are on the rise.

The Affordable Care Act (ACA), widely known has Obamacare, has been an incredibly contentious piece of legislation. But however you may feel about this measure, it's clear that chiropractors have to prepare themselves for its ramifications. One measure that many physicians have taken to cut down on the overhead costs is a transition to concierge services, or "direct primary care." This involves providing medical care for a flat fee rather than seeking compensation through insurance companies, and rates of this practice have only risen in response to Supreme Court decision to uphold the ACA last year.

"New data from a national survey of nearly 14,000 physicians conducted by physician staffing firm Merritt Hawkins for The Physicians Foundation, analyzing 2012 practice patterns, found that 9.6 percent of 'practice owners' were planning to convert to concierge practices in the next one to three years," Forbes reported in January. These figures held true across medical disciplines, meaning that a fair few chiropractors intended to make this transition.

Now, Yahoo! News notes that the shift to concierge medicine is continuing to gain steam. Currently, 5,500 such practices exist across the country, and the American Academy of Private Physicians estimates that this number has grown by 25 percent annually.

Concierge medicine has long existed as a high-end option for affluent patients who want a greater degree of control over their care — and are often willing to pay a hefty retainer to do so. However, physicians are showing an increased willingness to provide more cost-effective cash-based options for lower income brackets.

Whether you intend to convert your practice to the concierge model, or will still work primarily through insurance companies, you need chiropractic management software that can help you keep track of these minute financial details. The best chiropractic EHR software facilitates detailed note-taking and is optimized to include ICD-10 functionality, so the minutest details about payment or medical history won't be lost in the shuffle.