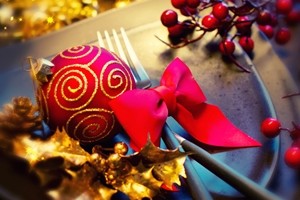 'Tis the season for holiday accidents.

'Tis the season for twinkling lights and family togetherness, but in their rush to prepare for their respective festivities, many Americans may forgo routine safety precautions. According to the U.S. Consumer Product Safety Commission (CPSC), injuries related to holiday decorating have been rising for four straight years. In 2012, roughly 15,000 people were hurt while adorning their homes with Christmas lights, snowmen and other seasonal dressings. One representative noted that this adds up to about 250 mishaps per day.

"In 2012, the most frequently reported holiday decorating incidents seen in emergency departments involved falls (34 percent), lacerations (11 percent) and back strains (10 percent)," the CPSC stated in a December press release.

While the decorations may be in place, there is still ample potential for tweaks and sprains that can really put a cramp in any seasonal celebrations. However, all too often patients may exacerbate these issues by ignoring symptoms of back strain. As such, chiropractors should take this opportunity to spread awareness about the potential perils of untreated injuries resulting from holiday mishaps.

If you have an active online presence, for example, call attention to common slips and strains (from falling off a ladder to lifting up a few too many grandchildren) and the chiropractic treatments that may help alleviate them. As well as boosting your chiropractic marketing efforts, this can help ensure that everyone enjoys this time of year to the fullest.

With chiropractic EHR, you may also be able to determine if patients have a habit of engaging in unsafe practices at this time of year, in which case they may benefit from further guidance about how to protect themselves and their loved ones the next time the holidays come along.