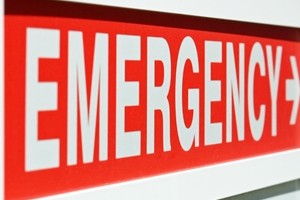 Emergency departments may save money with EHR.

As often as we may tell you that adopting chiropractic EHR in your practice can streamline workflow and ultimately free up funds down the road, these assertions just don't hold weight without data. Thankfully, there is certainly of wealth of research to back up these claims.

Recently, Healthcare IT News covered a study from Mathematica Policy and the University of Michigan on the Healthcare Information Exchange (HIE), which includes the use of chiropractic EMR, and rates of redundant imaging including CT scans and X-rays. The researchers focused on emergency departments [EDs] throughout California and Florida from 2007 to 2010. Overall 27 of the departments observed relied on HIE while 410 did not.

By cutting down on repeat examinations, the researchers posited that the healthcare system as a whole may be able to save millions of dollars a year – which would certainly make up for any initial confusion during the EHR implementation process. Some may argue that this is a relatively small sum considering how much money is devoted to healthcare in the United States, but the benefits of improved communication are sure to prevent costly misunderstandings and lapses in several contexts.

Emergency departments tend to be a bit more chaotic than most medical environments, but healthcare practitioners across the board can still benefit from having access to comprehensive records that accurately convey each patient's treatment history. One of the greatest benefits of chiropractic EHR is that it enables the simple and immediate transmission of such information among the medical professionals who need it most, which both helps reduce rates of redundant exams and potentially calamitous oversights.