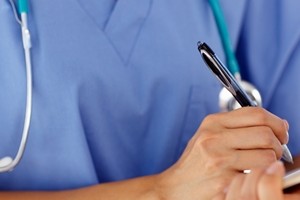 Developing a cheat sheet of the most important ICD-10 codes could help save time later on.

When the Centers for Medicare & Medicaid Services (CMS) announced earlier this year that the implementation deadline for ICD-10 would be delayed to October 1, 2015, many in the healthcare industry were frustrated, to say the least. Not only was this the third time that the federal agency had chosen to delay ICD-10 — whose new start date is now rubbing precariously close to the planned start date for ICD-11 — but many providers had been banking on the coding upgrade happening this year. The sudden year-long extension meant that much of the financial and time investments being made to ensure momentum was on track for this October were now made largely in vain.

But as disappointing as the delay may be for those healthcare groups, there are still plenty of ways that clinics, hospitals and other providers can keep their momentum going into next year. Here are three suggestions from family doctor Stephen Spain, as reported by industry news source Fierce Health IT:

As the source notes, these are far from the only measures you should be taking to ensure ICD-10 readiness, but they are some of the most important.

Other critical preparations that should be made ahead of next year's deadline are developing and implementing a "comprehensive training strategy" for staffers on best practices for ICD-10 use, and finding payers that will perform claims testing during this interim period. Following these recommendations will allow for a more thoroughly prepared clinic when ICD-10 is finally made standard.

When gearing up for ICD-10 implementation, make sure your practice is relying on only the best chiropractic EHR software to accommodate the new system without negatively impacting workflow.