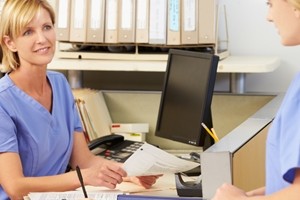 About three-quarters of hospitals are planning to outsource their ICD-10 needs to external CDI partners before next year's October 1 deadline.

A new survey conducted by Research and Markets finds that about 71 percent of U.S. hospitals are looking to partner with an ICD-10 clinical documentation improvement (CDI) service by Q3 2015, in the hopes of ensuring proper ICD-10 implementation before the October 1 deadline.

EHR Intelligence reports that currently only 24 hospitals make use of outside CDI partners for auditing and programming responsibilities. That figure will nearly triple by this time next year, though, with about three-quarters of the 1,115 surveyed providers saying that they were planning to outsource their CDI needs before next October. Doing so allows hospitals to making the coding switch to ICD-10 while mitigating any burdens that transition may place on their typical workflow.

Using outside CDI resources not only eases the workload for hospital staffs, but also helps generate further revenue as well. Already, 88 percent of hospitals that outsource their CDI responsibilities have acquired over $1 million in revenue, thanks to accurate reimbursement claims filed by these clinical documentation partners.

"Several of the hospitals that I work with have included clinical documentation improvement as part of their ICD-10 preparation," Cliff Bleustein, Chief Medical Officer for Dell's global healthcare consulting services, tells the source. "The hospitals have seen a 15-20 percent increase in their reimbursements. No matter how well you have planned and invested otherwise, if your physicians and clinical staff aren't prepared to provide the detailed documentation required, you aren't ready for ICD-10."

However providers choose to manage their resources to accommodate ICD-10 implementation, utilizing the most up-to-date chiropractic documentation software can ensure that coding needs are not only upgraded to ICD-10 standards, but done so without infringing on day-to-day productivity.