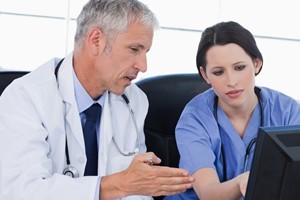 Here are a few options for how healthcare organizations can proceed in the wake of ICD-10's delay.

Up until three weeks ago, the healthcare industry was slowly but surely building momentum to an October deadline for upgrading their coding language to the brand new ICD-10. The current system, ICD-9, is over 30 years old and uses a mere 14,000 codes (compared to ICD-10's 69,000), which has negatively impacted coding accuracy for many practices and hospitals.

While there was plenty of anxiety among providers about time constraints, many were anticipating a new system come October. Now, with ICD-10 being delayed by least another year — to the industry's chagrin — providers and practitioners have been left wondering, what now?

The technology news site Information Week has compiled a few suggestions on how healthcare organizations can move forward in the wake of the ICD-10 delay:

There is no one-size-fits-all solution to how your practice should move forward now that ICD-10 has been pushed back for another year. You can, however, purchase new chiropractic documentation software that is ICD-10 compliant, ensuring that when a new deadline finally is announced, you won't have to worry about any additional disruptions to your workflow.