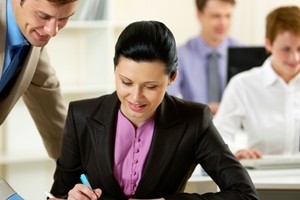 The difference between implementing and adopting chiropractic EHR software boils down to user training.

The last few months have been particularly active for the healthcare industry, with coding systems like ICD-10 being delayed while EHR standards such as Meaningful Use Stage 2 are continuing to ramp up. The next year will be especially hectic as clinics, hospitals and physician-based offices rush to meet deadlines and ensure that their practices are utilizing proper levels of EHR care.

But in all of the coverage surrounding these topics, two crucial and seemingly interchangeable buzzwords have been throw around often: Implementation and adoption. And while they may seem like they're referring to the same thing — the usage of chiropractic EHR software — the truth is that the two concepts are very different.

EHR Intelligence recently published a piece highlighting the viewpoints of several major industry players in a LinkedIn discussion group over the question of what (if anything) separates implementation from adoption. While the answers weren't 100 percent identical across the board, they all boiled down to the same idea: Implementation is putting chiropractic EHR into practice, whereas adoption is using it adequately and knowledgeably without negative impacts to overall workflow.

"An organization can implement an EHR system or any system for that matter, but if it is not used properly and optimally by the entire organization, then the system itself is moot," writes Eric, one of the LinkedIn group's participants. "Far too often, organizations will rush to implement a system and not spend nearly enough time as they on training the end users. This creates a huge disparity in the system's proposed benefits and the realized benefits (or lack thereof)."

To that end, it's crucial that medical practices thoroughly train their employees on the use of chiropractic documentation software, to ensure that implementation is not wasted on poor adoption. Investing into the best EHR chiropractic software can help provide ease-of-use for staffers, with minimal effects on day-to-day workflow.