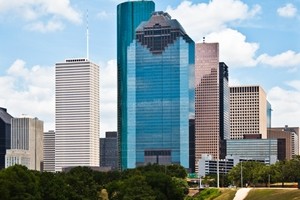 Houston has backed EHR in a big way.

Embracing chiropractic EHR is an excellent way to improve the care you can provide for patients, as this technology enables you to access and dispense information readily so every diagnosis is an informed one. However, in order for the population at large to truly reap the benefits of this connectivity, digitized health records must be embraced on a grander scale—hence the meaning​ful use incentives put in place by the federal government.

One populous U.S. city is preparing to take on the challenge of large-scale EHR implementation. According to the Houston Chronicle, one of the largest cities in the Lone Star State has just okayed funding for this ambitious endeavor. The Houston City Council has reportedly approved investment in a new EHR system to help the city's health department operate more efficiently and effectively.

"Transferring medical records from the city health department to area physicians soon will no longer require phone calls and faxes that can delay and impede the best care for patients," the news outlet states. "Rather than being housed on isolated city servers, the new program is Internet-based and used by providers nationwide."

The new EHR system is set to go live on October 14, at which point medical practitioners throughout the Houston area will be able to access extensive patient data as needed. Given that several hospitals and clinics throughout the region have already adopted such measures, the Chronicle states that the informati​on-sharing benefits of chiropractic EHR are poised to take effect very quickly.

Adopting chiropractic EHR software can be a boon for any medical practitioner and their patients. As well as facilitating the seamless transmission of medical histories, these digital documents also bolster individual privacy and cut down on administrative work within clinics. However, the key to unlocking these advantages is to invest in the best chiropractic EHR software that is supported by quality training and an easily accessible provider.