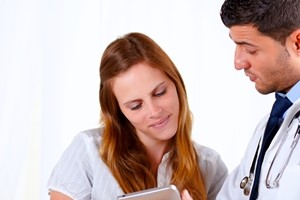 Most patients in the U.S. expect their doctors or hospitals to use EHR.

The constantly shifting timelines for Meaningful Use and ICD-10 can make for an elaborate and confusing numbers game — figuring out how to adhere to new EHR regulations, when to adopt them and then ultimately pushing them back in the event of a new delay. But this can also end up distracting the healthcare industry from the true point of this widespread and up-to-date EHR implementation: To improve patient care. While many clinics and office-based physicians have adopted EHR use, not all of them have, to the detriment of the patient. Now a new poll has backed up this assertion, with a vast majority of patients claiming that they expect EHR use from their doctors and hospitals.

According to iHealthBeat, an industry news source, a survey of nearly 3,700 patients nationwide found that 83 percent of respondents "expect hospitals to use EHR systems," with only a mere 8 percent stating the opposite. These results stayed largely consistent with different age groups too, with agreement on this EHR expectation being found among:

These numbers make it pretty clear that, regardless of age or location, an overwhelming number of American patients expect their medical care to include the appropriate EHR systems. And why shouldn't they? It's 2014, and for clinics and practices to be able to deliver the best possible medical care, EHR adoption is essential.

Investing in chiropractic EHR can greatly improve a clinic's ability to not only diagnose and treat patients, but later recall information as accurately as possible. Investing in the best chiropractic EHR software can bring medical recordkeeping into the 21st century without impeding day-to-day workflow.