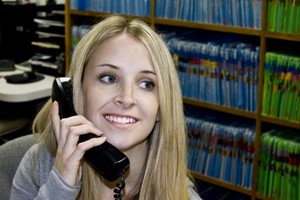 Give patients an opportunity to ask about chiropractic EHR.

Chiropractic EHR can enhance the patient experience in many ways, largely by increasing the amount of time they spend with physicians and facilitating the transmission of vital information to ensure they receive the best care possible. However, though chiropractors who have invested in these digitized documents may already be seeing their impact in this way, it's possible that their clients could remain oblivious to these advantages.

For the last four years, Xerox has conducted an annual consumer survey to gauge attitudes toward medical EHR among the general population. Healthcare IT News recently covered the results of the latest survey, which indicates that many patients are still unaware of how this shift can benefit them—in part because it is not fully explained by their physicians.

"The fourth annual EHR survey polled more than 2,000 U.S. adults and found that just 29 percent have even been informed by their doctor that their medical records will be converted to digital format," the source states.

What's more, more than 80 percent expressed concerns about the shift that could be tied to a lack of information about the strengths of chiropractic EHR.

Xerox official Charles Fred commented on these findings in a company press release, stating that patients "need to be educated by providers on how [EHR] will empower them to take charge of their own care."

If you are considering a shift to chiropractic EHR, consider giving your patients a forum to ask their own questions about this technology — once you and your colleagues have mastered it, of course. In doing so, you can address any concerns head on while emphasizing the fact that the primary motivation behind your EHR implementation is the health and happiness of your patients.