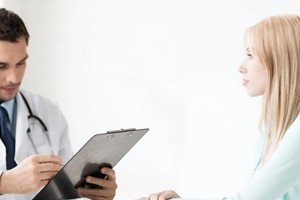 EHR use can help physicians better diagnose and treat patients.

Between industry buzz topics like Meaningful Use and ICD-10, it can be easy to get lost in the shuffle of these sometimes abstract concepts and lose focus on just how valuable chiropractic EHR software can be for a physician, clinic, hospital and especially patient. By shifting medical records into a digital space, EHR systems not only help streamline clinical recordkeeping duties, but allow for more accurate diagnoses, better cross-sharing of information between practices and, ultimately, increasingly satisfied patients who reap the benefits of improved care experiences.

While it's important to ensure your practice will be ready in time to comply with ICD-10, Meaningful Use Stage 2 and other critical coding upgrades, it's also reassuring to be reminded of the patient value that EHR provides in the first place. A new story out of New York City attests to this fact, highlighting how EHR use has led to an enormous jump in patient HIV tests.

EHR Intelligence reports that using digital medical records in conjunction with HIV screenings in urban NYC neighborhoods resulted in a staggering increase of HIV patient tests, from 8 percent to 56 percent, over just three years. Because of EHR use, over 120 patients newly diagnosed with HIV have now been able to be referred to the proper care.

The source points to similar success in New Orleans, where EHR systems more than doubled HIV testing rates for patients. EHR prompts clinic staff members to perform HIV screenings, which has helped identify over 90 percent of patients in the area who were positive for the disease but hadn't yet been receiving care.

These are heartening reminders of the real value of EHR software: with minimal interruption to overall workflow, chiropractic EHR can help improve a physician's ability to diagnose and treat for their patients.