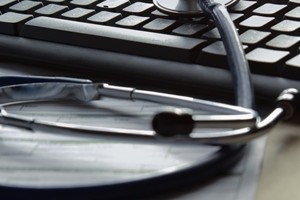 Nearly 80 percent of U.S. doctors are now using EHR in their practice.

Electronic health records (EHR) can go a long way in improving patient care and administrative recordkeeping — a fact that the majority of doctors in the United States are now not only recognizing but taking advantage of.

According to new statistics from the Centers for Disease Control and Prevention (CDC), the number of U.S. doctors making use of EHR more than doubled over a five-year span, from 35 percent in 2007 to 72 percent in 2012. Last year, that number shot up to nearly 80 percent, meaning that about four out of five physicians across the country are now utilizing EHRs in their practices.

"In 2013, 78 percent of physicians were using electronic health record systems," Esther Hing, a statistician from the CDC's U.S. National Center for Health Statistics, told HealthDay News. "We are reaching nearly all the doctors. [The federal government's financial] incentives have had a large part in the increased adoption of these systems."

Chiropractic EHR use in clinics has helped to improve tracking for patient data and test results, as well as aid doctors in observing patient health trends over longer periods of time. This kind of information is being used to create an overall more reliable and accurate patient care experience. As Hing notes, EHR and EMR adoption has also greatly helped with, "coordination of care, reducing medication errors and overuse of tests."

Federal guidelines set forth by the Centers for Medicare & Medicaid Services (CMS) as part of its Meaningful Use initiative have helped ease a number of healthcare providers and payers into incorporating chiropractic EMR as part of their day-to-day services. Taking advantage of chiropractic documentation software and EHR can create a more patient-centric practice without causing any disruptions to the clinic's typical workflow.