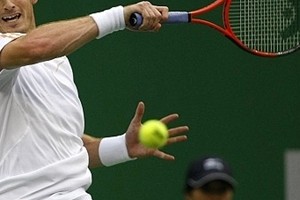 Andy Murray has been battling a back injury since 2012.

Previously on this blog, we touched on a few of the back injuries that sports enthusiasts should be on the lookout for — whether they partake in a game themselves or tend to get a bit carried away in the stands. Lower back injuries are particularly common for athletes who engage in a repetitive motion like running or twisting, while football players may suffer neck pain from constant impact. Tennis players, meanwhile, are often at risk of upper back injuries due to a combination of carrying weight and twisting, Spine-health.com notes.

It may be the latter injury that has put Wimbledon winner Andy Murray out of commission for the upcoming ATP World Finals in London next month. The Guardian, a U.K. news outlet, reports that the Scotsman has bowed out of the event to undergo back surgery.

"Murray is recovering from an operation on a long-standing back injury," the source reports. "Murray first began struggling with a back problem during the 2012 clay-court season, and it flared up again on the same surface earlier this year."

Back pain mismanagement is a common issue in the United States, as indicated by a July study from the Beth Israel Deaconess Medical Center. Research revealed that physicians have increasingly turned to unnecessary tests and have veered substantially from set guidelines for the effective treatment of back issues. As a result, many patients may never actually address the root cause of their discomfort and are therefore all the more prone to flair ups.

With chiropractic EHR, you can gain full access to the medical history of your patients almost instantly, so you don't waste your time — and theirs — employing ineffective forms of care. The best chiropractic EHR software will also enable you to peruse and take comprehensive notes about each individual's lifestyle that could affect future diagnoses as well.