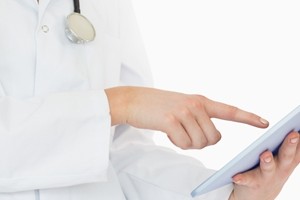 When the industry journal Health Affairs published a damning report regarding EHR software adoption and revenue loss in a large-scale pilot program earlier this year, National Coordinator for Health IT and outspoken EHR advocate Dr. Farzad Mostashari was quick to question the validity of the findings.

Now, a new study released by the University of Michigan has cast further doubt on the assertion that those considering chiropractic EHR software will likely face a drop off in revenue for years to come. According to a press release from the academic institution, researchers analyzed the healthcare costs incurred by 179,000 patients within six Massachusetts communities, three of which had implemented EHR systems on a wide scale, and found that introducing digitized records ultimately resulted in reduced expenditures.

"We found 3 percent savings and while that might not sound huge, if it could be sustained or even increased, it would be a substantial amount," said lead author and assistant professor Julia Adler-Milstein.

These savings were established by contrasting how quickly healthcare costs had increased across the six communities, she explained. The findings, Adler-Milstein noted, "suggest that adopting electronic records helped slow the rise in healthcare costs."

Adopting this form of chiropractic software in your practice can enable you to reap substantial benefits in the form of an improved clinical-to-administrative balance, bolstered security and a hefty meaningful use incentive from the federal government. However, this process can be time-consuming, particularly if you invest in an EHR system or provider that is simply incompatible with your organization.

To capitalize on these advantages, it is vital to select chiropractic EHR software that can easily be integrated into your current workflow. Choosing a chiropractic software provider who offers comprehensive training and customer support can also play a vital role in the success of your implementation.