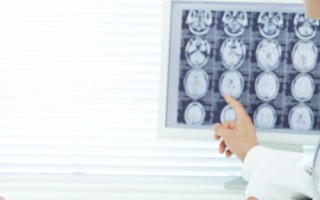 A new report shows that many physicians do not support the government's involvement within the healthcare industry.

The healthcare industry is changing drastically, especially in recent years, as the federal government has become more involved than ever before in the medical arena. With meaningful use requirements, ICD-10 coding changes and the reforms brought by the Patient Protection and Affordable Care Act, the medical profession has never looked more different and confusing for both patients and physicians.

The latest report on doctors' opinions regarding EHR systems and the Affordable Care Act does not look promising. Masssachusetts-based Athena Health and Sermo, a healthcare social network provider, released the Physician Sentiment Index (PSI), which shows that physicians are overworked and filled to the brim with new healthcare policies and unsure of the future of the healthcare industry, according to Healthcare IT News.

Specifically, the government's involvement with healthcare as well as increased implementation of EHR systems and administrative duties frustrate the doctors examined in the study.

"There is a lot of stuff going on in healthcare that is making the noble pursuit of the M.D. degree a lot less attractive," Jonathan Bush, Athenahealth CEO and chairman, told the news source. "Government involvement, ill-designed EHRs and administrative complexities are encroaching on the sacred relationship between the physician and the patient and the ability for that doctor to be fully present at the point of care."

More than half of those polled claim that government involvement will not improve the issues found within the healthcare industry, while 16 percent said they would prefer to see the Patient Protection and Affordable Care Act to remain as is. Despite the pessimism, experts and patients alike see the benefits of insurance exchanges and the movement toward a more unified system of care.

Physicians who find the Affordable Care Act beneficial also realize the importance of EHR systems in meeting some of its aspects, such as the accountable care organization. Chiropractors with this mindset may need to purchase chiropractic EHR systems.