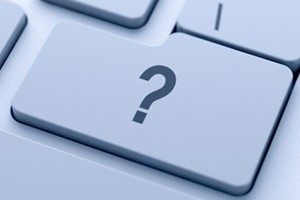 Here are two of the most common misconceptions surrounding ICD-10.

Healthcare providers have just over a year until the implementation deadline for ICD-10. While that may seem like a long way out, that time is sure to fly by, particularly for those clinics or hospitals still struggling to incorporate new chiropractic EHR software that will help bring their recordkeeping needs fully up-to-date.

One of the key elements about ICD-10 readiness is knowing just what exactly you're getting with this new system. With tens of thousands of new codes available, ICD-10 will not be especially quick or easy to master, and those complications have ended up creating a number of misconceptions around what ICD-10 does and doesn't entail.

To help clear the air and better prepare providers for next year's deadline, Sue Bowman, senior director of coding policy and compliance for the American Health Information Management Association (AHIMA), has identified and debunked two of the most common misconceptions surrounding ICD-10:

There's no need to replace ICD-9:

ICD-9 has been around for 30 years, so naturally many in the industry have become comfortable with it. However, this familiarity has led some to believe that ICD-9 doesn't need to be replaced at all, and that clinics would operate just fine without the new system. As Bowman notes, though, ICD-9 is becoming increasingly obsolete, incapable of keeping up with current and future medical practices, knowledge or terminology. Health IT programs are always improving, and clinging to the decades-old ICD-9 would keep providers not only out of the loop, but also unable to coordinate and interface with new advances in EHR technology.

We should just wait for ICD-11:

One of the chief concerns behind the latest ICD-10 delay is that it places the deadline right up against the World Health Organization's (WHO) planned start date for ICD-11, which is slated for implementation just two years later in 2017. So then why bother with ICD-10 at all? Wouldn't it make more sense to stick it out with ICD-9 for a couple more years then skip over to ICD-11?

While that may make sense on paper — after all, why go through the logistical difficulties of ICD-10 if it'll only be replaced two years later? — the fact is that WHO's release of ICD-11 does not mean that the system will be immediately ready for use in the U.S. There are a number of steps that need to be taken by both Congress and stakeholders to create a version of ICD-11 tailored to use in the U.S., all of which could take up to a decade, if not longer. Staying with ICD-9 during that interim would mean several years of increasingly outdated coding for the healthcare industry.