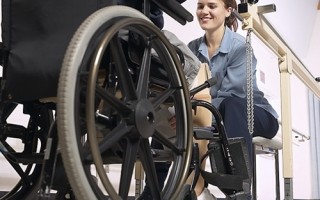 While EHR use may slow down productivity at first, a study shows that these levels go back to normal after one month.

EHR systems are truly advanced tools for the healthcare industry. EHRs are able to hold patient information including medical history, diagnosis and treatments. On top of medical records, EHR systems can provide the physician or chiropractor with a system for assigning medication, scheduling appointments and even providing billing information.

However, some of the complications and nuances of EHR technology have caused chiropractors and other physicians to criticize these new devices. A major issue that many healthcare professionals find is the lowered productivity caused by EHR systems, which reduces the number of patients a doctor can see every day.

A survey released by the American College of Physicians and EHR vendor Cientis Technologies shows that some healthcare workers are experiencing difficulties when working with these devices, causing a lower amount of patient visits per day, according to InformationWeek Healthcare.

For example, Dr. Careen Whitley was seeing up to 35 patients per day when she was implementing a paper-based recording system. However, during the implementation process, the number of patient visits went down to 15, and then went back up to 20 after using the EHR system for six months. Nonetheless, Whitley still feels that EHRs offer positive elements to the healthcare profession.

"The efficiencies of EHR are not in the time spent by the provider, but rather in the more efficient use of ancillary staff, decreased redundancies, and instant availability of patient data," Whitley told the news source.

Another study focused on the productivity of 100 physicians in regards to the utilization of an EHR system. At first, output was lowered by as much as 33 percent. However, after one month, the doctors' efficiency came back up to normal levels.

Chiropractors who wish to avoid the 1 percent penalty, afforded by the Centers of Medicare and Medicaid Services in 2015 to providers not meeting meaningful use, should purchase chiropractic EHR software.