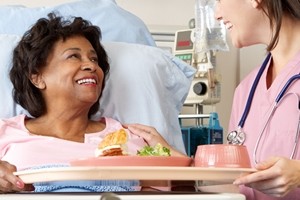 Despite the benefits of chiropractic EHR for individual physicians and the health care industry at large, the countless back and forths about provider preparedness and widely publicized instances of implementation woes have left many prospective adopters straddling the fence. In some instances, the reluctance to shift to digitized documents may also be tied to a general aversion to change.

In a bid to overcome these obstacles, Massachusetts General Hospital reportedly established an internal system of financial incentives for salaried physicians who opted to utilize EHR software in their day-to-day operations. A recent analysis of the Massachusetts General Physicians Organization Quality Incentive Program, which was initiated in 2006, was published in the industry Health Affairs, indicating that such measures could substantially benefit medical practitioners and patients alike while enabling hospitals to meet federal requirements for EHR adoption.

"The program demonstrated that even small incentives tied to carefully structured metrics, priority setting, and clear communication can help change salaried physicians' behavior in ways that improve the quality and safety of health care and ease the physicians' sense of administrative burden," the study abstract states.

In addition to the financial incentive, the hospital's EHR program also involved assistance with meaningful use guidelines and other complex aspects of EHR adoption. The researchers note that clear changes in terms of fiscal savings and overall quality of care proved difficult to measure objectively, but anecdote evidence led them to conclude that the program has been a success.

In its coverage of the study, FierceHealthIT notes that this is not the first time that financial incentives have been linked to increased adoption rates, but that certain legislative measures like the Stark law have impeded the introduction of such measures.

Whether you're interested in chiropractic EHR because of a financial incentive or to improve the quality of care you can provide, selecting the best chiropractic EHR software provider can help you overcome early implementation obstacles so you can reap the benefits of this technology sooner rather than later.