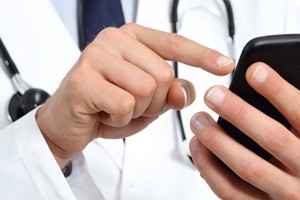 Thirty-nine percent of providers said they wanted an EHR system with mobile support.

In its latest provider survey, EHR review group Software Advice found that 40 percent of respondents were looking to replace and update their practice's EHR software.

Industry news source Health IT Outcomes reports that the most commonly-cited reasons by providers aiming to upgrade their EHR needs were their system being "too cumbersome" and slow to use, or that they were lacking in integration for billing and scheduling applications. According to the survey, Meaningful Use certification, mobile support, lab integration and e-Prescribing functionality were the most sought-after features in a new EHR package. Additionally, 39 percent reported wanting an EHR system that they could use with their smartphones or tablets.

"Buyers purchasing an EHR system for the first time were primarily concerned with improving their practices' organization and efficiency, with many mentions of wanting to 'streamline' operations," wrote Software Advice in its official report. "Another major factor for first-time buyers was the general desire to go electronic. This included references to the practice need to reduce or eliminate paper (there were several references to 'mountains of paperwork'), as well as the higher-level desire to 'join the 21st century' or modernize the practice."

According to the hospital publication Becker's Hospital Review, the number of providers looking to upgrade their EHR software grew by a whopping 30 percent over the past year, since Q1 of 2013.

With new compliance standards like Meaningful Use Stage 2 and ICD-10 sweeping across the industry in the coming months, it's more important than ever for a practice or clinic to ensure that their chiropractic EHR system is brought up-to-date. By adopting the best chiropractic EHR software, providers can streamline administrative and recordkeeping duties, improve patient care and even reduce related costs.