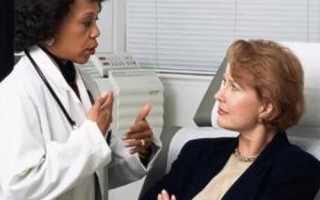 Today chiropractors are not deciding on whether it is a benefit to include electronic health records (EHR) in their practice. Instead, they are deciding which software to pick out of all the EHR systems available, especially if looking to gain the accessible government incentives and avoid penalties.

The Health Information Technology for Economic and Clinical Health (HITECH) Act was set in motion in 2009 and has already brought health information technology to medical practices across the country.

According to an article by Rebecca Jones for the American Chiropractic Association, the Office of the National Coordinator for Health Information Technology has established the certification program for EHR systems and meaningful use regulations have become more defined.

The need for electronic health records goes beyond government incentives or penalties. Chiropractic offices that use EHR have organized their office work and improved patient care.

"Software is an essential element in the chiropractic office of today. No longer is it possible to have a manual pen-and-paper system for practice management. The complexities of insurance plans and the intrusion of government regulations have made computerization a necessity," says Tonio Cutrera, marketing director for an electronic health records company, to the Dynamic Chiropractor news source.

What sort of chiropractic EHR software is best? What should a chiropractor look for when choosing this technology?

Web-based EHR software is an advantageous device to employ in a chiropractic office. Such a process would allow immediate installation thereby saving on upfront costs. Online access allows a chiropractor to view patient records at any time or any place. Because there is nothing to install or maintain, a chiropractor would be saving time and money by purchasing web-based medical software.