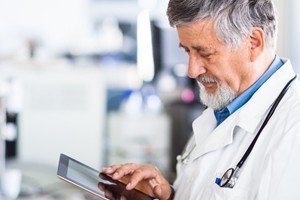 Despite a newly announced year-long delay, the Centers for Medicare & Medicaid (CMS) ICD-10 implementation preparations are continuing to move full-speed ahead, and the latest batch of results makes for a welcome positive development. Back in March, CMS ran a week-long testing period for providers to gauge success with or problems related to adopting the new coding language. The test was conducted under the initial plan of an October 2014 deadline, and while that date has been extended to 2015, the results have come in and paint a more optimistic picture of ICD-10 than some may have initially believed.

According to EHR Intelligence, a whopping 89 percent of ICD-10 claims made during the March 3-7 test week were accepted successfully by CMS. While this acceptance rate may fall short of the average 95 to 98 percent seen by ICD-9, it's a "generally successful" step forward, particularly as the federal agency did not see any glaring problems with the system.

"Approximately 2,600 participating providers, suppliers, billing companies and clearinghouses participated in the testing week, representing about 5 percent of all submitters," said Niall Brenna, Acting Director for the CMS Offices of Enterprise Management, in an official statement. "Testers submitted more than 127,000 claims with ICD-10 codes to the Medicare Fee-for-service (FFS) claims systems and received electronic acknowledgements confirming that their claims were accepted."

While the deadline for ICD-10 implementation is still over a year away, these preliminary results point to a strong start, one that the healthcare industry can continue to build on in the months ahead.

Clinics are encouraged to invest in new chiropractic EHR systems in order to ensure that their recordkeeping practices are brought up-to-date and within ICD-10 compliance. The best chiropractic EHR software can help ensure this transition is performed as smoothly as possible, without interruption to the practice's typical administrative workflow.