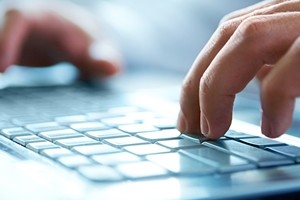 The Coalition for ICD-10 penned a letter to CMS last week, urging the agency to set October 1, 2015 as the new ICD-10 implementation deadline.

With ICD-10 delayed for at least another year, many healthcare providers and payers have turned to the Centers for Medicaid & Medicare Services (CMS) for answers on what comes next. Unfortunately, the response so far has been silence.

Last week, one CMS official told the press that an announcement would be coming shortly on when the new ICD-10 upgrade deadline will be, but declined to offer any specific timeline. The reticence on the federal agency's part to lock down any concrete date nearly a month after the ICD-10 delay was made official has frustrated many in the healthcare industry, who aren't sure how to proceed with no known deadline to work toward.

This prompted the Coalition for ICD-10 — a group consisting of organizations like the American Hospital Association and America's Health Insurance Plans — to pen a letter to CMS last week, calling for October 1, 2015, to be officially marked as the start date for ICD-10 implementation.

"Without an established implementation date, ICD-10 preparations will be delayed until the last minute, creating a hurried transition when the date of implementation actually arrives," wrote the Coalition, adding that the extension coupled with a new vague date, "will add significant demands on limited resources and will measurably increase the overall cost of completing the transition."

As CMS readies the announcement of its official timetable for what ICD-10 implementation will now look like going forward, you can take steps to ensure your clinic is up to speed by purchasing chiropractic EHR software. Adopting the right chiropractic documentation software for your staff will not only help ensure ICD-10 compliance, but will do so without impeding your regular workflow.