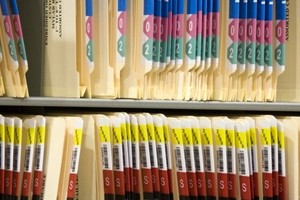 There are plenty of questions surrounding the latest ICD-10 delay.

Many in the healthcare industry were stunned when a new law signed by President Barack Obama this month pushed back the deadline for the ICD-10 transition from October 1 of this year to 2015. Whether clinics were adequately prepared for the coding upgrade to their chiropractic EHR software or not, most did not expect this kind of extension, especially just six months out from the initial deadline. Now providers and practices are looking to the Centers for Medicare & Medicaid Services (CMS) for answers on what to do next.

As Modern Healthcare notes, while the new law does make it clear that the ICD-10 transition for chiropractic EHR won't be required until next year, there are plenty of developments surrounding the legislation that are less certain. Among the questions that CMS is facing from providers are:

While some clinics may be breathing a sigh of relief over being given an extra year to prepare for ICD-10 implementation, many were frustrated by the decision, having already spent hundreds of millions of dollars in investments for the purpose of reaching a deadline this fall. For larger practices and hospitals, executives are left wondering whether or not they should continue using "dual-coding" in the meantime, or if they should simply make their own push into using ICD-10 codes as soon as they're ready — even if it comes well before the October 2015 transition date.

"[The law] says what they can't require, but it doesn't say what they can and can't do to facilitate the work that has been done," Chris Powell, president of the health IT consulting firm Precyse, told the source. "That's what everyone is waiting to hear. Some organizations will stop their ICD-10 efforts until they hear that."

However, smaller providers will likely benefit from the extra time to grapple with the new system, which contains over 68,000 total medical codes — a significant learning curve from the mere 13,000 in ICD-9.

Whether you're looking to move forward on ICD-10 as soon as possible, or are welcoming the new year-long extension with open arms, the fact remains that it's imperative for healthcare providers and practitioners to equip themselves with the best chiropractic EHR software. Bringing your online tools up-to-date can streamline administrative tasks and ensure that regular workflow isn't interrupted by what will be a considerable coding upgrade from ICD-10.