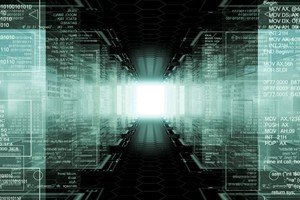 Many physicians are concerned about changing their coding language to ICD-10 this year.

October 1, 2014, marks the deadline for practices to switch the coding language of their chiropractic EHR over to ICD-10. On paper, the transition sounds like a welcome one, as ICD-9 is over 30 years old and rife with outdated codes and terminology. In reality, however, many physicians are fretting about the change, not only concerned about making the switch without interrupting their overall workflow, but also about being able to make that transition at all.

According to EHR Intelligence, a recent survey of over 570 physician group practices—comprising over 21,000 practitioners—conducted by the Legislative and Executive Advocacy Response Network (LEARN) found "high levels" of concern over ICD-10. For physicians, the most concerning subject areas were:

Only on the subject of executive management supporting the conversion to ICD-10 did respondents exhibit "little concern." That a majority of those surveyed expressed such doubts about both ICD-10 and their own capabilities with the coding language, just eight months out from the deadline, could potentially mark a serious setback for those hoping for a smooth transition.

"The critical coordination that must take place between practices and their software vendor, clearinghouse and health plan partners is simply not happening at the pace required for a seamless implementation," Susan Turney, President and CEO of the Medical Group Management Association, said in an official statement. "Very simply, ICD-10 is behind schedule."

By upgrading to the appropriate chiropractic documentation software, though, you can get your practice out ahead of the competition and ensure that you're ready and able for ICD-10.