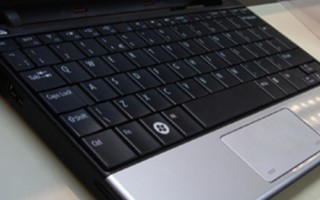 Incentive payments under the HITECH Act appeal to chiropractors.

Chiropractic EHR technology improves patient care, but what impact does it make on costs?

The costs of conversion vary widely, but the incentive payments under the Health Information Technology and Clinical Health (HITECH) Act may make it all worthwhile. Chiropractors that meet meaningful use requirements for their EHR systems are eligible to receive $12,000 in 2012, $8,000 in 2013, $4,000 in 2014 and $2,000 in 2015.

According to American Chiropractic Association, one particular chiropractor, Dr. Richard Cole, started conversion to EHR systems two years ago in order to make his practice more effective and competent. Cole spent over a year examining EHR systems before purchasing EHR software for his practice.

Despite his preparations, Cole experienced some problems with implementation and this did translate in higher costs. Nonetheless, he broke even his first year and is now reaping the benefits of EHR technology, as it does the work of close to two full-time administrative assistants.

Cole explains how this technology is improving patient perception of his chiropractic office. "Because I walk around the clinic now with a tablet computer, patients perceive that we're on the cutting edge of what's going on," he says. "They view us as being a very modern medical facility."

Another article by Rebecca Jones from American Chiropractic Association provides rough estimates of conversion costs. Facilities will need computers in several different areas including treatment rooms, the front desk and doctors' offices. The costs of computers will end up being between $2,000 and $3,000, according to Jones.

As for implementing an on-site server to host the data, physicians will be spending another $3,000. An ideal way to save costs is to purchase web-based medical software where costs are minimal. When searching for affordable EHR software, online access provides immediate benefits.