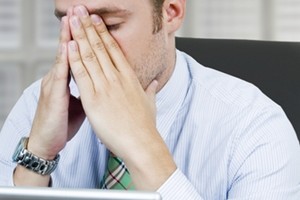 Don't go to battle with your EHR.

Though much of the discourse regarding the implementation of health IT has focused on the bigger picture, namely the documented benefits of large-scale EHR implementation endeavors, medical practitioners who are considering chiropractic EHR software may be interested in how such software will affect smaller operations.

"Until recently, most of the positive reports on health IT have shown it can generate a significant return on investment both clinically and financially when implemented by large hospitals and group practices," notes Paul Cerrato of Information Week.

That changed with the release of a September report from the Journal of the American Medical Association that we covered previously on this blog. The research indicated that the adoption of EHR software among clinics with 10 practitioners or fewer was linked to small but notable improvements in cardiovascular care — provided that the EHR software was accompanied by ongoing technical training.

Yet, despite these promising results, Cerrato argues that many smaller practices that invest in chiropractic EHR do not receive the same degree of support from their software providers. "Practices that don't have the deep pockets to afford IT support teams face an uphill battle as they try to master the complexities of EHR technology," he writes. As the demand for chiropractic management software expands, more organizations may find themselves skimping on implementation follow-up.

The combination of selecting chiropractic EHR software that is virtually indiscernible and entrusting a provider that is not invested in your implementation can keep you from enjoying the benefits of digitized documentation in your day-to-day operations. However, by selecting EHR software that is tailored to the demands of your field and supplemented by the continued backing of an accessible provider, you can overcome any obstacles of implementation.