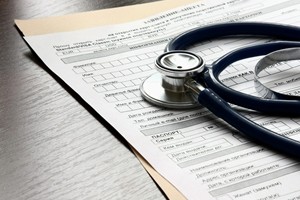 The US has lagged behind the rest of the developed world in ICD-10 adoption for over 20 years now.

The World Health Organization (WHO) endorsed ICD-10 as a replacement for ICD-9 back in 1990. In just three years from now, that coding system will be phased out for its successor, ICD-11. Over this nearly 25-year period, 117 countries around the world have adopted ICD-10 as part of their healthcare coding practices — but the United States isn't one of them.

So this begs the question: Why exactly has the American healthcare industry been dragging its feet on implementing ICD-10 when every other developed country has already been using it for years, if not decades? According to EHR Intelligence, the problem ultimately boils down to the primary difference between how the US and the rest of the developed world approaches healthcare, specifically in regards to billing.

"Whereas much of the rest of the world has already moved to ICD-10, the reason behind all these all delays that we have seen from the government over the last several years is the fact that these other countries do no use ICD-10 for billing purposes," Nalin Jain, CTG Health Solutions' Delivery Director of Advisory Services, told the source. "Much of the rest of the world has socialized medicine and the United States is perhaps the only Western developed country that has so much reliance on for its financial health, for its billing; hence, the delays and justifiably so — it's a very complicated move."

ICD-10 was initially set for a deadline of October 1, 2011, but three subsequent delays have pushed this start date to October 2015. According to Jain, the complexities in not just learning ICD-10 but bucking any incorrect coding practices from ICD-9 and incorporating the system into a practice's revenue cycle have made adoption progressively more difficult.

With the proper chiropractic billing software, clinics can make the jump to ICD-10 with minimal impact to their regular workflow.