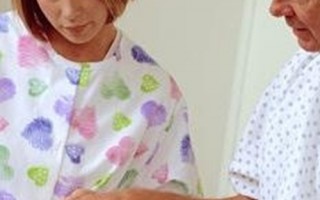 AHA asks for HHS to reconsider some aspects of meaningful use stage two and to delay its implementation.

The Department of Health and Human Services (HHS) is in charge of instituting the various regulations seen in recent years for the healthcare field. This includes meaningful use stages, ICD-10 implementation and HIPAA regulations. Along with mandating regulations, HHS also has a vital role in paying attention to healthcare providers, especially when medical facilities need more time to apply certain meaningful use requirements. This was evident in the recent one-year delay of ICD-10 implementation.

Will HHS delay stage two of meaningful use as requested by the American Hospital Association (AHA)?

The Centers for Medicare and Medicaid Services (CMS) released the proposal on stage two of meaningful use for public comment, which ends on May 7, 2012. InformationWeek Healthcare reports that AHA submitted a comment asking to extend the approaching deadline for these meaningful use requirements, citing that more than 80 percent of hospitals have not met stage one of meaningful use as of yet, which would make it all the more difficult to reach the next step.

Rick Pollack, AHA executive VP, sent a 68-page letter to CMS acting administrator Marilyn Tavenner, detailing this organization's issues with stage two meaningful use criteria. Because so many healthcare facilities have not yet met stage one of meaningful use, Pollack fears that some elements of stage two will not allow extensive adoption of EHR systems by medical facilities. Also, AHA does not support the capability of patients to view and download their medical records.

"The AHA believes that this objective is not feasible as proposed, raises significant security issues and goes well beyond current technical capacity," the letter stated to CMS.

Despite any potential delays in meaningful use requirements, chiropractors should look toward purchasing EHR systems sooner rather than later, as it takes time to learn how to use this complicated piece of equipment.