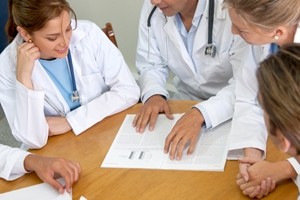 The AMA is urging CMS to suspend Meaningful Use penalties for physicians.

In response to impending deadlines and sluggish adoption rates among providers, the American Medical Association (AMA) is officially urging the Centers for Medicare and Medicaid Services (CMS) to remove the penalties for not meeting Meaningful Use EHR reporting requirements.

"The AMA has been calling for policymakers to refocus the Meaningful Use program on interoperability for quite some time," Steven Jack, the association's president-elect, said in a press release. "The whole point of the Meaningful Use incentive program was to allow for the secure exchange of information across settings and providers and right now that type of sharing and coordination is not happening on a wide scale for reasons outside physicians' control. Physicians want to improve the quality of care and usable, interoperable electronic health records are a pathway to achieving that goal."

According to the AMA, only 2 percent of physicians across the country have been able to meet reporting requirements for Meaningful Use Stage 2 thus far — ensuring that an overwhelming majority of providers will incur penalties if they do not integrate Stage 2 compliant EHR software before the November 30 hardship deadline. To that end, the association is asking CMS to suspend penalties and work greater flexibility into the program to help more physicians and clinics upgrade their chiropractic EHR systems without suffering undue penalties in the process.

CMS has remained adamant in adhering to implementation deadlines for both Meaningful Use and ICD-10, with both the federal agency and providers alike noting that further delays on either initiative will only put the healthcare industry behind even more. At the same time, the AMA's argument is that the benefits of chiropractic EHR software are moot if physicians are unable to adopt the new system in time — and having to contend with accumulating penalties along the way will only hamper those adoption efforts even more.