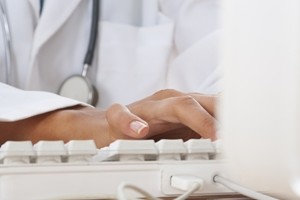 CMS is being urged to fix incompatibility issues between Meaningful Use and two other incentive programs.

While the road to ICD-10 these past few months may have overshadowed the ongoing effort among providers and payers to get in line with Meaningful Use Stage 2 requirements, the latter initiative is just as essential as the former in modernizing the landscape of the American healthcare industry. Adhering to Stage 2 reporting criterion ensures that clinics, hospitals and physicians' offices across the country have up-to-date chiropractic EHR packages that can streamline administrative recordkeeping, collect more accurate diagnosis data and and share information between providers.

However, the Centers for Medicare and Medicaid Services (CMS) has recently come under fire for pushing the Physician Quality Reporting System and Value-Based Payment Modifier alongside Meaningful Use — three initiatives that should work in tandem to streamline reimbursement claims and dispense incentives, but are problematically incompatible with one another as is. These issues only add further confusion for providers already struggling to update their chiropractic EHR software to Meaningful Use Stage 2 standards — a problem that the American Medical Association (AMA) is urging CMS to fix as soon as possible.

"[These] problems, with often incomprehensible, conflicting requirements and flawed implementation processes, are all entering their penalty phases and pose a risk to the stability of the Medicare program that many policymakers do not seem to appreciate," writes James Madara, CEO and Executive Vice President of the AMA, in a letter penned to CMS Administrator Marilyn Tavenner. According to Madara, because the three initiatives were devised by separate pieces of legislation, they've created a "cumulative effect of a set of penalties that, when combined with a 2 percent payment sequester reduction, would total the 11 percent in 2017 and grow to 13 percent by the end of the decade."

Madara adds that this perfect storm of penalties could also pose a threat to providers' efforts in switching to ICD-10 within the next year.

To get out ahead of potential compatibility issues when it matters the most, it's essential to invest in the best chiropractic EHR software now rather than further down the road.