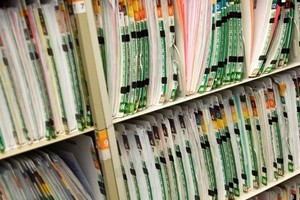 The AMA is concerned that a new CMS proposal designed to ease Meaningful Use adoption doesn't go far enough to help struggling providers.

While the healthcare industry was granted a year-long reprieve in adopting ICD-10, the push to ramp up to Meaningful Use Stage 2 continues. This medical and chiropractic EHR standard encourages further EHR adoption in exchange for Medicare and Medicaid incentive payments. Earlier this year, to help foster the growth of Meaningful Use Stage 2 among healthcare providers, the Centers for Medicare & Medicaid Services (CMS) proposed a new rule that allowed the industry an extra year to upgrade their EHR software in accordance with Stage 2 requirements.

According to industry news source iHealthBeat, this proposal included:

The idea behind the CMS proposal was to provide some extra leeway for providers facing difficulties with Meaningful Use adoption, but the American Medical Association (AMA) has expressed concern that the new rule doesn't go far enough to help.

"While we appreciate that the rule allows physicians who were scheduled to move to Stage 2 to stay in Stage 1 another year, we are concerned that this proposal is aimed at helping the earliest adopters–those physicians and hospitals that are the most experienced and advanced with respect to the MU program" wrote the AMA, in a letter addressed to CMS. News source Health Data Management adds, "A one-year exception for these providers brings little relief to the vast majority of other physicians still struggling."

Investing in the best chiropractic EHR software available can help bring a practice further into the 21st century, not only streamlining recordkeeping tasks but also allowing for easier patient data access, more accurate diagnoses and even reduced care expenses.