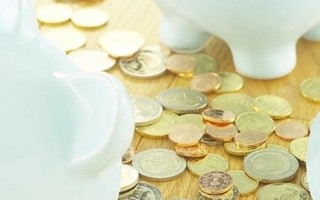 $20 billion is wasted annually in incentive payments as many healthcare professionals have not met meaningful use.

In order to get the healthcare industry moving toward utilizing EHR systems, the federal government has set up incentives for providers that have met meaningful use requirements. While it may seem that these incentives would get the majority of healthcare professionals including chiropractors to implement EHR software, a new report shows that up to $20 billion in incentives are wasted each year, as a fair amount of healthcare providers are not reaching meaningful use.

The 2012 Incentives for Health Professionals analysis released by ZS Associates, a global marketing consulting company, illustrates that meaningful use incentives are not a powerful enough motivator for healthcare providers to adopt EHR systems. Up to 75 percent of incentives are too small in value to create a strong enough impulse for healthcare providers to utilize EHR software, according to Healthcare IT News.

"Incentives will probably be important to really drive change – that’s a tool that we have available – and we’re spending a lot of money on it, but the way, so far, that we’ve implemented them is not leading to the results that we might expect," Torsten Bernewitz, the report's author, told the news source.

One interesting aspect found in the report regards some common misconceptions by healthcare providers. For instance, many physicians were not aware that incentive payments were being offered and some were not able to differentiate between base pay and incentive pay.

While 33 percent of survey takers were aware of the incentives, they did not see them as a motivating factor in implementing EHR systems. Despite the fact that some do not find the incentives an encouraging feature, it is important to remember that the federal government will be mandating Medicare penalties if a healthcare provider such as a chiropractor does not have an EHR system in place by 2015.