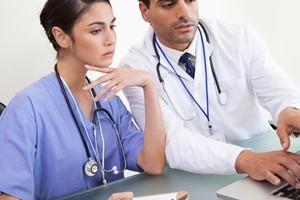 CMS is planning to revamp the timeline for Meaningful Use Stage 2 in the wake of sluggish momentum in the industry.

Yesterday we shared with you the news that, hot off the heels of delaying ICD-10 by another year, the Centers for Medicare & Medicaid Services (CMS) was considering a similar extension for Meaningful Use Stage 2 as well. The current rule has proper adoption rates for chiropractic EHR reporting due by October 2014, but this could change in light of a new CMS proposal.

The reasoning behind the new move seems pretty clear. Unlike ICD-10, which saw many providers building towards an implementation deadline for this year, the healthcare industry has been mostly dragging its feet on meeting Stage 2 guidelines. In fact, a number of providers are still struggling with Stage 1 EHR use, a fact that has prompted the CMS to offer greater flexibility over Stage 2.

"This proposed rule would change the meaningful use stage timeline and the definition of certified electronic health record technology," wrote the CMS in an official statement. "It would also change the requirements of clinical quality measures for 2014."

Industry news source iHealthBeat has broken down just what exactly this new proposal would entail:

Additionally, CMS' proposal would allow the agency to extend deadlines for Stage 2 through to 2016, with Stage 3 then slated to begin the following year in 2017.

While this may all seem distant right now, time has a way of quickly catching up, leaving unprepared clinics in a worrisome spot — as has already been seen this year with practices struggling to adopt both ICD-10 and Stage 2 in time. You can buck this trend and bring your clinic's recordkeeping up-to-date and on track with new chiropractic EHR software.