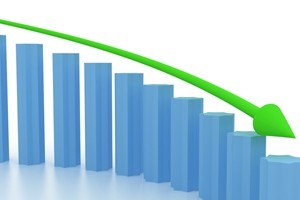 With stage 2 of meaningful use poised to take effect, the heightened documentation requirements that comprise the next phase of this government program have been the topic of much discussion in the medical field. Previously on this blog, we reported that some specialists have sought to delay stage 2 to give physicians more time to iron out the kinks in their chiropractic EHR systems. However, experts including National Coordinator for Health IT Dr. Farzad Mostashari have argued that stalling the transition to EHR now could jeopardize the progress that has already been made.

Yet, even as stage 2 of meaningful use is still under debate, some professionals are already looking ahead to stage 3. Recently, the Consumer Partnership for eHealth (CPeH), which is comprised of labor and patient organizations, released an action plan for stage 3 that specifically targets existing health disparities.

"It's impossible to achieve better health outcomes and significantly reduce health care costs without tackling health disparities, which are a pervasive and costly problem," said Debra Ness, president of the National Partnership for Women & Families, in a press release.

The Disparity Action Plan was published ear​lier this week, and was submitted to the Health IT Policy Committee for review. Representatives from CPeH have expressed the hope that, under stage 3, chiropractic EHR will "have the ability to stratify patients' specific conditions by variables such as race, ethnicity, language, gender identity, sexual orientation, socio-economic status, and disability status," to help physicians recognize sweeping trends. In addition, CPeH has argued that meaning​ful use stage 3 must promote more open communication with patients regarding how they can take full advantage of chiropractic EHR.

Time will tell if the Health IT Policy Committee acts on these recommendations. But, whatever stages 2 and 3 ultimately entail, you will need the best chiropractic EHR software on hand to facilitate a smooth transition at your practice.