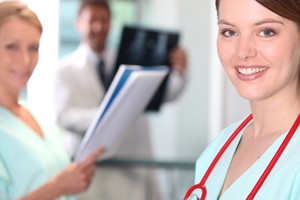 While thousands of hospitals and physicians can attest to Meaningful Use Stage 2 reporting now, the numbers are still far off from the industry's goal pace.

The Centers for Medicare and Medicaid Services (CMS) has released a bevy of new numbers pointing to the progress made in Meaningful Use Stage 2 adoption so far. According to the CMS data, as of November 1, over 500,000 providers have registered for Meaningful Use's Medicare and Medicaid incentives program, which by the end of September 30, has already given out over $25 billion in reimbursements to eligible hospitals and physicians.

Industry news provider iHealthBeat reports that the number of eligible professionals actually attesting to Meaningful Use compliance spans 43,893 individuals — 15,841 of whom are new. Additionally, of the 1,903 hospitals reporting Meaningful Use attestation, 221 are new participants. However, only about one-quarter of these professionals (11,478) and less than half of participating hospitals (840) have actually achieved Stage 2 reporting.

While the participant numbers look relatively low right now, Dawn Heisey-Grove of the Office of the National Coordinator for Health IT expects Stage 2 attestations to jump significantly as we get closer to the November 30 and February 28 deadlines for Medicare and Medicaid reimbursements, respectively. Russell Branzell, CEO and President of the College of Healthcare Information Management Executives (CHIME), was, however, less enthused about the turnout thus far and expressed concerns about the future viability of the initiative barring any major help from CMS.

"[The new data] have validated the concerns of providers and IT leaders," Branzell said in an official statement. "Providers have struggled mightily in 2014, in many instances for reasons beyond their control. If nothing is done to help them get back on track for 2015, we will continue to see growing dissatisfaction with EHRs and disenchantment with meaningful use."

Investing in the best chiropractic EHR software now can ensure that your practice's recordkeeping needs are brought up-to-date with Meaningful Use standards in time for the appropriate deadline.