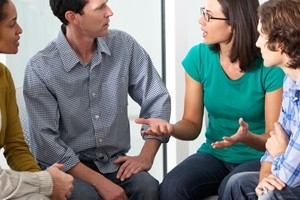 Should mental health professionals be eligible for the meaningful use incentive?

Much of the debate surrounding chiropractic EHR software and the federal government's meaningful use program has centered around its complex documentation requirements, and whether the next stage will truly further the progress of health IT or leave physicians swamped in yet more indiscernible guidelines. Now, though, U.S. Senator Rob Portman (R-Ohio) has championed a bill that will bring another issue to the attention of Congress: The neglect of mental healthcare professionals and patients.

"Due to a disconnect between our nation's doctors and mental healthcare professionals, Americans suffering from mental illness are among the nation's most underserved and overlooked populations," the senator noted in an official press release.

Portman argues that the existing meaningful use standards – which currently do not apply to medical professionals working in mental health – must be expanded to encourage these practitioners to adopt EHR software and ultimately enhance the quality of care their patients receive. The bill, known as the Behavioral Health Information Technology Coordination Act, both includes mental health professionals under the umbrella of the national EHR network and adapts 2009 legislation regarding meaningful use to cover this field.

Mental health and addiction specialists have much to gain from being included in the nation's ever-expanding EHR network, but without the meaningful use incentive, it may be more difficult for these professionals to overcome some of the common fiscal hurdles involved with implementation.

It remains to be seen whether Portman's bill will gain the traction it needs to become law. However, even if medical health practitioners do eventually qualify for meaningful use, the work will have only just begun. As chiropractors who have made the transition to medical health records are fully aware, one of the most important steps is to find a chiropractic EHR provider that will guide you through the fluctuating field of health IT regulations.