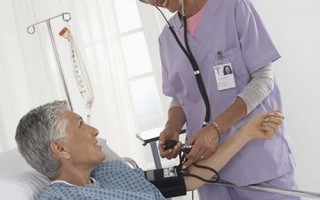 Switching to ICD-10 diagnostic codes may prove beneficial for a chiropractor's office.

The Office of the National Coordinator for Health Information Technology (ONC), a federal entity devoted to spreading health information technology countrywide, states that the requirements for Stage 2 meaningful use have been released for certified Electronic Health Records (EHR) vendors.

The requirements are being delayed by one year and will not go into effect until January 1, 2014. Some of the changes between Stage 1 and Stage 2 requirements for EHR technology include encryption, security and Health Information Exchanges.

Along with this, the ICD-10 requirement is being delayed past the year 2013. An official date has not been announced for ICD-10 implementation.

What does the switch between Version 5010 and ICD-10 diagnostic codes mean for a chiropractic office?

According to an article by Caitlin Lukacs in American Chiropractic Association, Version 5010 has replaced Version 4010 as a diagnostic code. The new version 5010 led to better clarity and data collection. The next step is to move toward ICD-10 classification.

ICD is a diagnostic classification system that is used worldwide. It classifies diseases and other health issues across a broad spectrum. ICD-10 would facilitate storage and retrieval of diagnostic data along with providing healthcare terminology. Switching to ICD-10 diagnostic codes may prove beneficial for a chiropractor's office.

ICD-10 is further divided into two sections: ICD-10-CM and ICD-10-PCS. The Centers for Disease Control and Prevention developed the ICD-10-CM diagnostic codes, which are three to seven alphanumeric lettering.

The Centers for Medicare and Medicaid Services developed the ICD-10-PCS procedure codes, which focuses on the distribution of hospital services. ICD-10-PCS is able to describe complicated medical procedures. For example, during a surgery, this classification system can describe different body parts, surgical procedures, and tools used.

These new classification systems and meaningful use requirements for EHR implementation require chiropractors to choose an EHR vendor that will improve the chiropractic workflow of their office. Immediate online installation will optimize a practice and allow a chiropractor to save on start up costs.