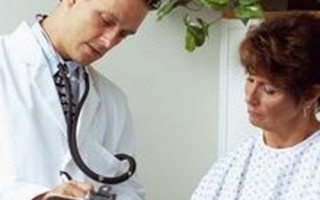 The new deadline for switching to version 5010 is set for June 30.

The federal government has announced another delay with compliance of ICD-10 codes. According to a press release by the U.S. Department of Health and Human Services, version 5010 was originally set for a deadline of January 1, 2012 but has been postponed. This new deadline was initially set for March 30, 2012, but is now being pushed back further to a compliance date of June 30.

"ICD-10 codes are important to many positive improvements in our healthcare system. We have heard from many in the provider community who have concerns about the administrative burdens they face in the years ahead. We are committing to work with the provider community to reexamine the pace at which HHS and the nation implement these important improvements to our healthcare system," announced Health and Human Services Secretary Kathleen Sebelius.

Another major delay is the overall conversion to ICD-10 diagnostic codes, which is the next step after switching to version 5010. The new date has not been announced but it will be pushed past October 2013. This new diagnostic code model will increase the number of codes from 18,000 in the ICD-9 code set to a massive 140,000 codes, according to an article by Tony Mira in Becker's Spine Review.

Mira goes on to discuss that physicians will only have to use ICD-10 codes for reporting diagnoses. ICD-10-PCS is a very useful system for surgeons and chiropractors, as it allows classification of a body system, body part, method and any tools used. It is likely that eventually ICD-10-PCS will be used to pinpoint medical treatments but no requirements for this are on the horizon as of yet.

With the ICD-10 code implementations and meaningful use requirements ahead, a chiropractor could benefit from purchasing chiropractic management software. This will allow better integration of ICD-10 codes into the workflow of a chiropractic office.